Two weeks later 7:30pm the phone rang "can we talk" the voice on the other end replied sure whats up?

"You know what we talked about the last time I saw you in the car right?" Yeah I remember. "My girl just returned the other day so you know its tension in the air frustration on my part because my thoughts were roaming the whole time she was gone, so I asked her what was she doing while away she must have thought I was going to believe every word that was going to come out her mouth because she had the audacity to hit me with (sarcastic voice) oh nothing he wasn't there."


Silence on my end of the phone giving him time to collect his thoughts, by being a listening ear I could tell it was more hurt than anger behind his frustration reason being he kept asking why. Deep down I could hear he was creating his own pain looking for a answer that I would be unable to give him at that particular moment. I also wanted to know why or if she had given him an explanation to her expedition.

Continuing his conversation he went on to explain she went off on him saying so what she went to her ex's house and if the opportunity struck again she wouldn't hesitate to do it a second time, he stopped and said  that's when I went off on her(emotional voice), telling her she has five minutes to leave my house, return my cell phone and everything down to the panties she couldn't even take the time to buy herself.  All this hard work I put in if her kid needed anything I was there, if she needed something I had her or if I couldn't get it done that same day I had it by the next day for her. Right, I understand giving him reassurance that I was still on the phone.

In the background I can hear him take a gulp of something hoping it wasn't the juice that would make him act loose but I truly knew it was, knowing him he likes his drink the same way I like my man straight not on the the rocks and definitely no chasers.

The sound of the glass hits the table, he clears his throat as he jumps back into telling me about his entire problem." I feel some type of way she couldn't pick up her phone when I was calling the whole time, acting like this is all my fault, but at the same time sending subliminal messages like this wasn't even a relationship. Now she's walking around like all of this should be okay with me and it's not."

Intervening what do you mean subliminal messages?" Well I can't even say subliminal she was more direct (again with sarcasm in his voice), saying things like I didn't ask you for anything, you did what you felt was needed to do and we're not married. Which makes me feel like she was playing me like a sucker the whole time. "

(Yup the big blow pop with the gum in the middle) inside comment to self. So did she ever give you your things back? "No!" "She's been calling and she sent me a text last night asking me to help her with some things around her house but I wasn't in the mood to pick up."

Remember you will be drawing your own conclusion to this unfinished twisted yet dramatic end........


Style 1
Always take time to collect your thoughts... That way you know what to say and how to say what's on your mind.

Style 2
Never assume..... assuming will get you nowhere.

Style 3
Yes it is good to have a second opinion, but from someone that will listen and not be opinionated to every wrong detail.

Style 4
Sometimes ignoring a phone call doesn't say I'm cheating but I might be avoiding an argument.

Style 5
It's okay to know what you want out of a relationship, even more important out of life. 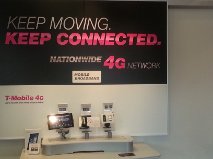